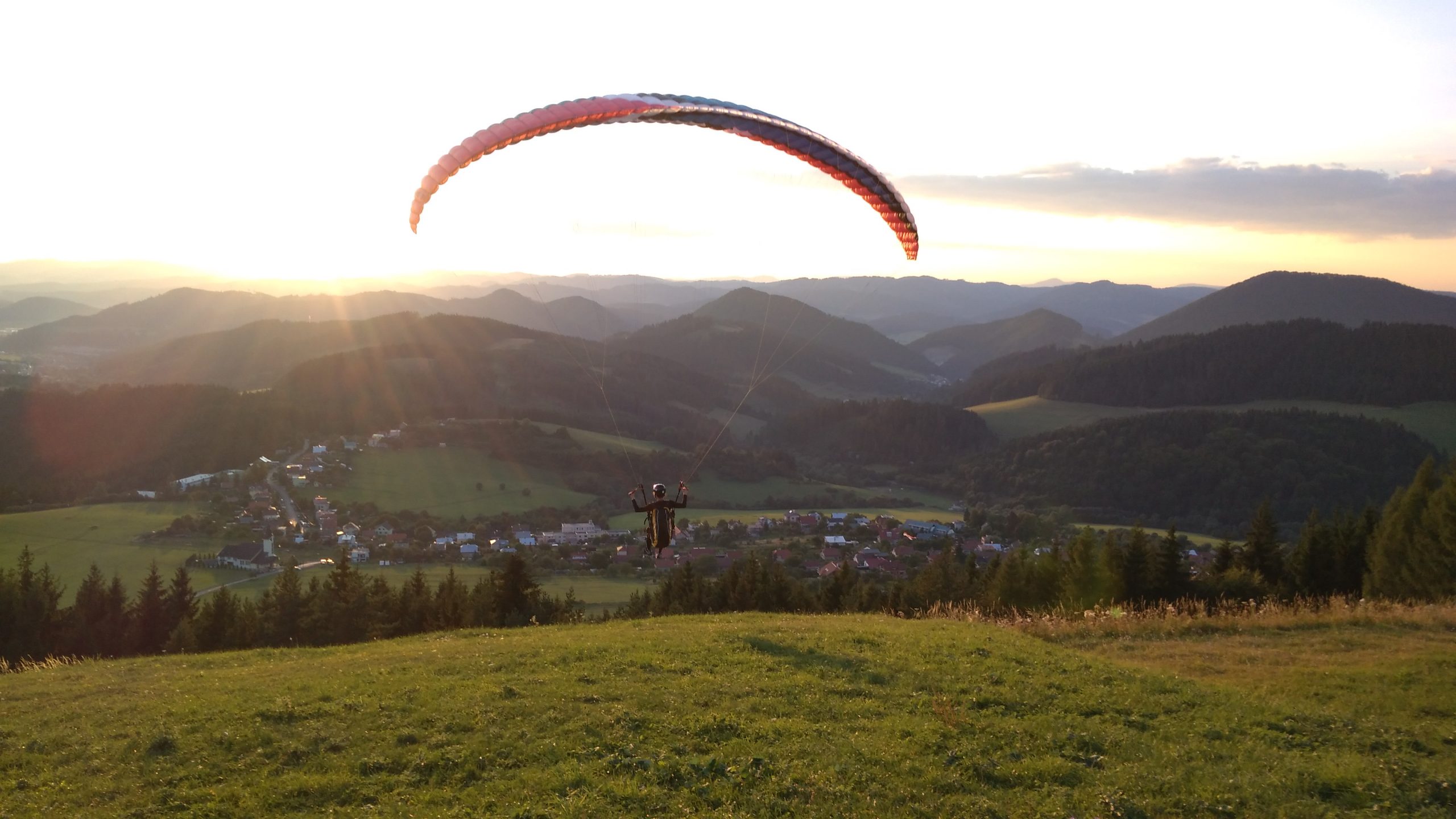 I’ve wanted to go flying for years but never managed to make it a reality until now. I booked a last minute trip to the Czech Republic, a week later we were travelling across the country to a find an address in the back country.

I love adventure sports, kitesurfing, snowboarding, mountain biking… learning to kitesurf was a challenge being dragged around in the water by at kite.

Paragliding on the other hand is simple, one glider wing, two main control lines – there are few baby steps… within just a few days we were stood atop a massive hill lining up to jump off… when you get the signal to go there is nothing left to do but to charge forward and put all your faith in the glider hoping its inflating correctly behind you!

The launch sites in Beskydy are as sketchy as they come, the mountains are covered in a carpet of trees which means very little room for error… when you see some of the local experts struggling to take off it doesn’t give you much confidence!!

The intro course was a true baptism of fire, everyday we were loaded into the van, no briefing about were we were going – our two instructors were proper characters and the paragliding school had a real family atmosphere. Theory sessions consisted of Richard struggling through slides in Czech with some broken English thrown in for good measure meanwhile Kamil’s little daughter would be running around the back of the room waving an umbrella in front of the projector! Evenings were spent round the fire grilling meat or in the local pub where a square meal cost about £4. The days were long sometimes up at six in the morning and back late but I loved the whole experience.

Here’s a few clips from the trip…

Flying the Nest from Huw Humphreys on Vimeo.